Container traffic at Duisburger Hafen AG (duisport) is slightly up on the previous year. "This is a pleasing but by no means self-evident development in view of the current situation," stresses duisport CEO Erich Staake. 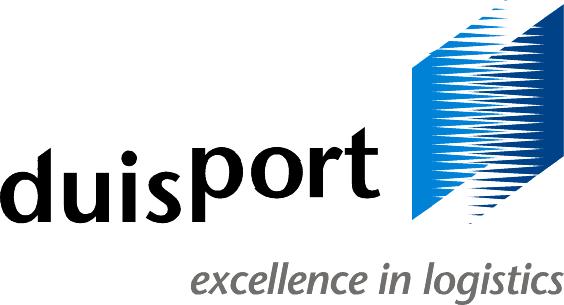 Corona firmly under control with flexible protection measures. New destinations on offer.
At the end of the first half of the year, duisport was still just below the previous year's figures. Due to the dynamic developments in the third quarter, declines in the first half of the year could be compensated for. duisport's goods traffic is in the so-called TEU range (Twenty-foot Equivalent Unit/German: twenty-foot standard container), now two percent above the previous year's value. This was not to be expected due to the pandemic.

China traffic as growth driver.
The operations in the Port of Duisburg are functioning at 100 percent despite the Corona crisis. The company was excellently prepared for the increased volume of goods in rail transport. With additionally mobilised storage space and quick solutions for onward transport, the most important logistics hub in Europe functions even in times of crisis. At the same time, emerging market opportunities were exploited: Already in April, the rail offer was expanded to include additional Chinese partner destinations. The long-term cooperations with Chinese partners provided a boost in attractiveness. Never before have more goods trains run between duisport and Chinese destinations than this year. Duisburg's reputation as the most important European destination for Chinese goods traffic by rail was further consolidated, especially in times of pandemic. In the meantime, about one third of the total trade volume by goods train between Europe and China passes through the Duisburg logistics hub. "The volume of traffic via the New Silk Road has almost doubled compared to the previous year and already defines almost eight percent of the total container throughput of the duisport Group," says Erich Staake. "Maritime goods traffic with China is also showing pleasing growth rates." Total cargo handling in the current year will be around four to five percent below the previous year's figure due to the sharp decline in coal transports and a weak steel business.