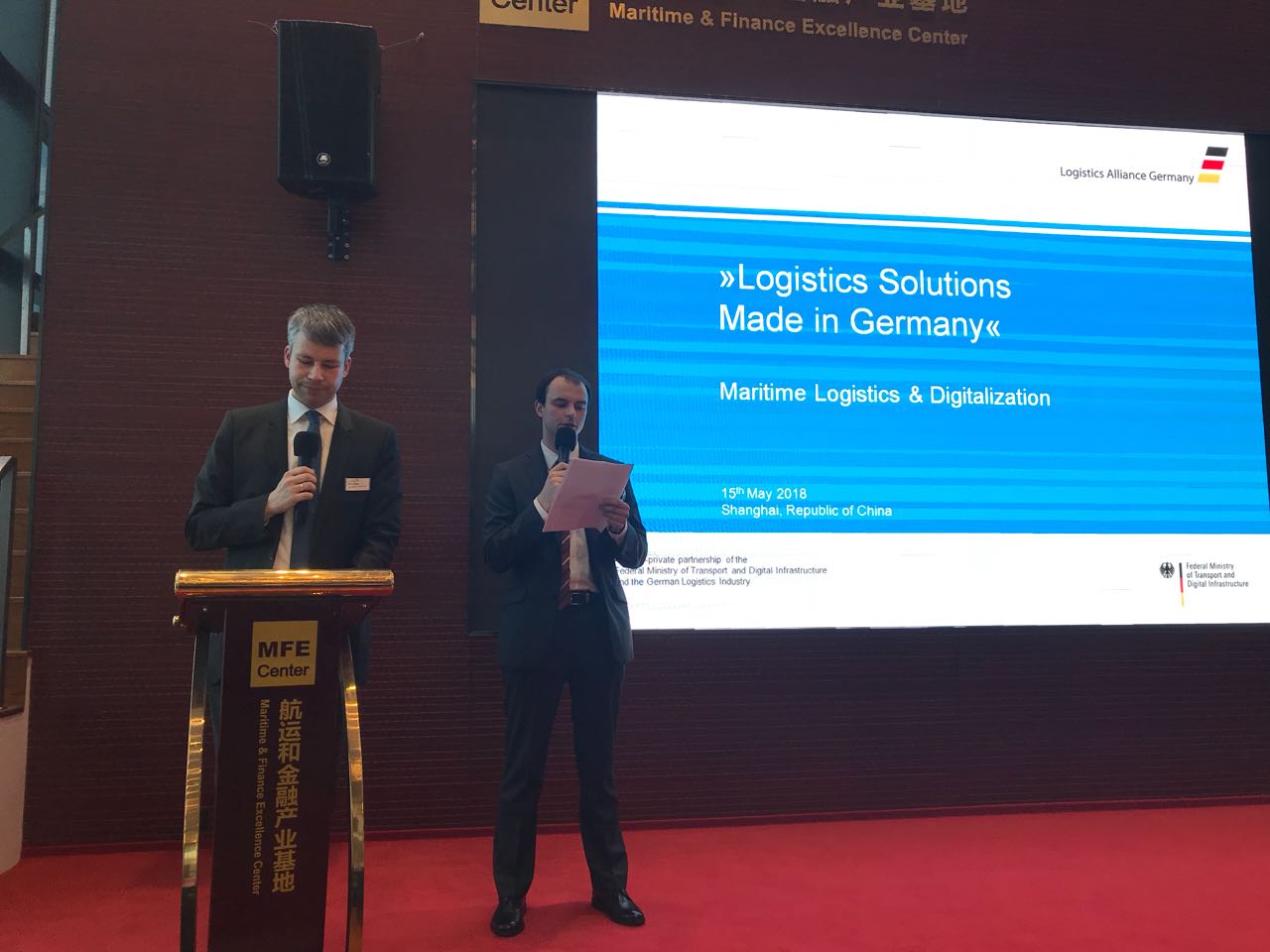 In mid-May, Logistics Alliance Germany (LAG) and representatives from Germany?s logistics sector traveled to Shanghai to attend this year?s transport logistic China. The delegation was led by Steffen Bilger, parliamentary secretary for the Federal Ministry of Transportation and Digital Infrastructure and government coordinator for freight transport and logistics.

The trip began in Beijing, where the group held meetings with various associations. On May 14, the German-Chinese Conference for the Implementation of the ?Green Logistics? Action Plan took place in the Chinese capital, jointly organized by Germany?s Federal Ministry of Transportation and Digital Infrastructure and the Ministry of Transport of the Government of the People?s Republic of China.

Another important event on the itinerary was the industry event titled Maritime Economy and Digitalization, held in partnership with the Maritime and Finance Excellence Center and the Shanghai Shipping Center. The event was an opportunity for major players in the maritime industries of both countries to enter into dialogue.

The second leg of the trip focused on the transport logistic China trade fair, where LAG was part of the joint German stand. Representatives from Germany?s logistics sector used the opportunity to meet and talk with numerous new contacts. A specialized LAG forum titled ?Cooperation, Innovation, Digitization ? Creating New Logistics Solutions? was received with great interest, and a reception held at the stand on the first day of the trade fair attracted a throng of attendees.

Parallel to the trade fair in Shanghai, other delegates were in Hangzhou for a follow-up meeting with the Alibaba company, an opportunity to carve out plans for further partnership. In addition, the delegation made a second visit to the Huawei Research & Development Center in Shanghai. Here, the central focus of the discussions was digitalization and its possible applications in the area of logistics.